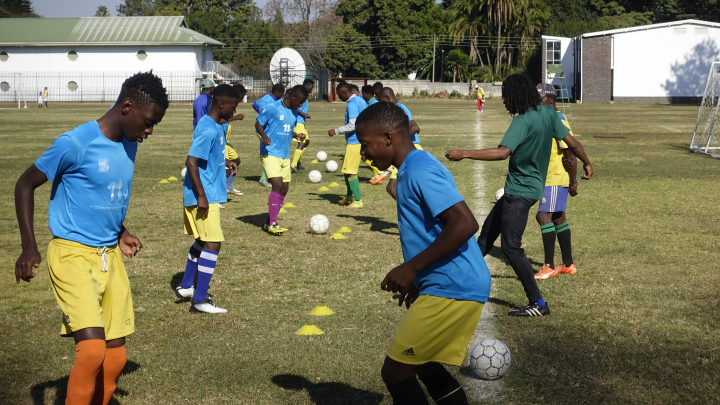 A syndicate of MDC Alliance councillors, some sports club members and council employees are targeting sports clubs around the country for sale with a larger chunk of the proceeds allegedly going into the purse of the opposition party.

A well-placed source within the association of all sports clubs in Zimbabwe bemoaned the wanton sale of sporting facilities in the country, saying the practice threatens the extinction of same if permitted to go unchecked.

“As an association, we are supposed to be seized with sports development but the City Councils have become the stumbling blocks in that regard. The councillors are working with some rogue council workers who identify sports clubs for sale. They go on to identify one rogue club committee member who fraudulently writes a consenting letter for the sale of that particular club,” revealed the source.

He said when council gave notice to change land use, which is in terms of Section 26 (3) of the Regional, Town and Country Planning Act Chapter 29:12, 1996, the rogue club members quickly wrote to council advising it that the club has no objection.  The council, he said then proceeded to sell the land on the strength of the letter.

The source added that in terms of the law, the clubs had the contractual right of first refusal.

“Some of our clubs are now financially fit to buy the land but we are not given the opportunity as tenants, to purchase the properties, in line with the right of first refusal provision. Even when we lodge objections upon seeing the advert in the media, council produces the consenting letter deceitfully written by a rogue committee member and they tell us to go and put our house in order,” said the source.

He revealed that five sports clubs have already been designated for non-sporting developments, with three of them in the capital. Among the clubs is Belgravia Sports Club which has been reportedly sold to Landela Investments for the purpose of constructing a shopping mall.

Other clubs that are targeted are Old Hararians and Standard Chartered Bank Sports Club. Part of the Old Hararians club is to be used for the construction of service station whose owner is yet to be identified.

Sources within the Valuation and Estates department disclosed that most of this prime land was being grossly undervalued.

“Most of the sports clubs are going for a song. As a department, we put the market value to the land but that same land usually goes for as low as half of the actual value. The buyers are usually their (councillors) cronies,” revealed the City Valuator.

Investigations by this publication revealed that the proceeds from the sale of sporting facilities are used to fund the MDC Alliance activities. The councillors, club members and council workers in the syndicate are also beneficiaries of the land sale.

Conniving with rogue members within the lessee entities has become the council’s new modus operandi to fraudulently acquire leased land without facing objections. Unmasked recently is that council connived with former ZANU PF Harare Provincial Executive to sell a stand in Borrowdale measuring 8 000 square metres. The land was occupied by the party on lease.

Former ZANU PF Harare Province Secretary for Administration, George Mashavave notified the council that the party had no objection to the sale of the stand to Lameck Tarupwa, also a former ZANU PF provincial executive member. However, it emerged that the provincial leadership had no legitimacy to handle such matters. The case has already been reported to the police.

Several councillors including the mayor of Harare, Hebert Gomba, were arrested on charges of illicit land deals. Despite the sale of land in the MDC Alliance led councils, service provision remains dire, giving credence to the allegations that the proceeds from the land sale were funding the opposition’s subversive activities and swell its war chest for the 2023 elections.

We have 97 guests and no members online