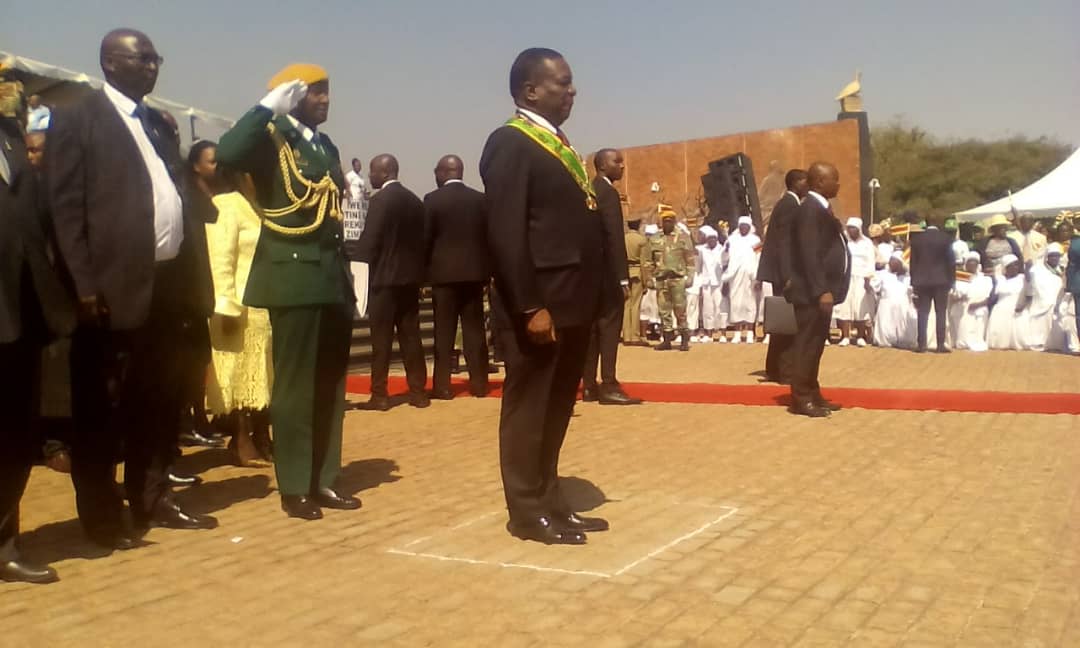 Addressing a crowd of thousands of electric people at the National Heroes Acre in commemoration of gallant sons and daughters who fought in the liberation struggle, President Mnangagwa has urged political parties to thwart personal interests that threaten to disturb the peace which prevails in the country but to uphold peace and tranquility in pursuing national interests.

President Mnangagwa castigated MDC Alliance principals for disturbing the peace and tranquility in the country in pursuit of personal interests.

"On 30 July 2018, you stood up and spoke loudly and clearly. You showed the world, that not only could we all campaign in the spirit of peace and tolerance, with parties free to campaign whenever, wherever and however they saw fit, but we equally, together, demonstrated that we could also hold free and fair elections," he said.

He added that all was done in the full glare of the international observers and global media.

However, he lambasted the activities which were done by the opposition on August 1, 2018 which led to the death of six innocent individuals.

He said that it was regrettable that some politicians had amplified their personal interests over national interests at the expense of the citizens.

MDC Alliance principals were defeated in the just ended harmonised elections but have declared the results as null and void. They have since submitted their electoral challenge to the Constitutional Court seeking nullification of the presidential election results or have their leader Nelson Chamisa declared winner.

President Mnangagwa urged the country to unite and political parties to remain peaceful and strive to do that which is in the public good.

Although people have a right to support and follow their political parties, President Mnangagwa has urged citizens to protect the social fabrication that binds the people of Zimbabwe.

"We all share the same dreams and same destiny. United we will stand strong and proud, but divided we will fail," he said.

"The journey will not be easy, hence l encourage all of us to be emboldened by courage, selflessness and bravery of the numerous heroes we remember today. Individually and collectively, we must be determined to build our new Zimbabwe, the Zimbabwe we all want," he said.