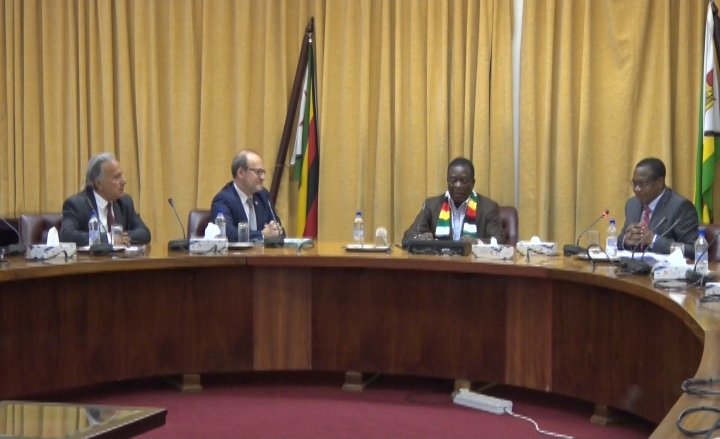 AFD to increase investment in Zim

The French Development Agency (AFD) has hinted that they will increasing investments in Zimbabwe and strengthen the already existing relations the two countries had always enjoyed together.

AFD Chief Executive Officer, Mr Remy Rioux announced the French position on supporting Zimbabwe on Friday over the signing ceremony of a US$570  000 study and facility grant extended to Zimbabwe. The event took place at the French Residence where Zimbabwe’s Finance Minister, Professor Mthuli Ncube attended.

AFD is one of the first international development agencies to visit Harare after the elections expressing its interest to kick start huge developmental projects.

Professor Ncube thanked the French gesture and assured them that Zimbabwe is and will remain a safe investment country. He also clarified on the austerity measures taken by the Government to plug the bleeding economy highlighting that the pain will be very short but necessary.

Mr Rioux paid a courtesy call on President Emmerson Mnangagwa at his Munhumutapa offices to discuss on the ways to improve the economic ties between the two countries and economic reforms implemented by the new government.

The investors have already shown interest in agriculture, climate change, and capacity building among others.

The visit by this important institution is an indication of trust bestowed on the new dispensation following strong economic reforms which have been implemented.