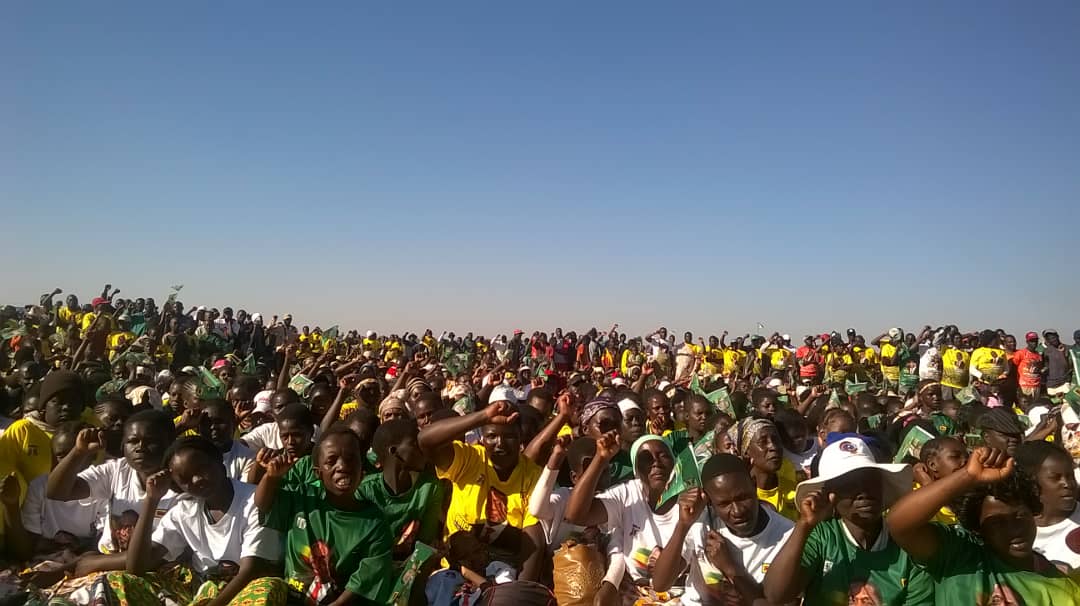 Hatcliffe residents are tired of empty promises from the MDC dominated council in matters of providing basic service to them.

Hatcliffe extension and Consortium, a suburb which was developed to house the evicted residents of Churu farm, have never had running water from council since they were established more than a decade ago.

Because of this, the sitting Zanu PF MP, Tongesai Mudambo has to make do with his own resources to supply portable water to desperate families. Over and above this, the industrious MP has sourced funds to drill boreholes to water the community away from water borne diseases.

So popular is Mudambo that he won the Zanu PF primary elections through free and clean means hands down. The youthful legislator has blended so well with his community and knows their problems like they were his own.

Mudambo told Harare Post on the sidelines of a campaign rally addressed by the Acting President Constantino Chiwenga that he was at an advanced stage of mobilizing resources for the construction of a satellite clinic in Hatcliffe to reduce the distance Hatcliffe residents travel to acquire basic medical services and healthcare at a Polyclinic at the furthest limits of the suburb.

It was during Mudambo’s tenure that Hatcliffe got a state of the art school constructed in his constituency under a $10 million Chinese grant. Friendship High School is the pride of Hatcliffe and a marvel of Zim-Sino’s strengthening bilateral relations. The Hatcliffe population had outgrown the supply for schools and learners had to travel far and wide to school.

With a growing population, top of the range education facilities and an industrious MP in Mudambo, the community is poised to develop from stride to stride.

The campaign rally was so oversubscribed that the infinite supply Zanu PF regalia ran out as scores of supporters queued to get one to market their party in the community and beyond.