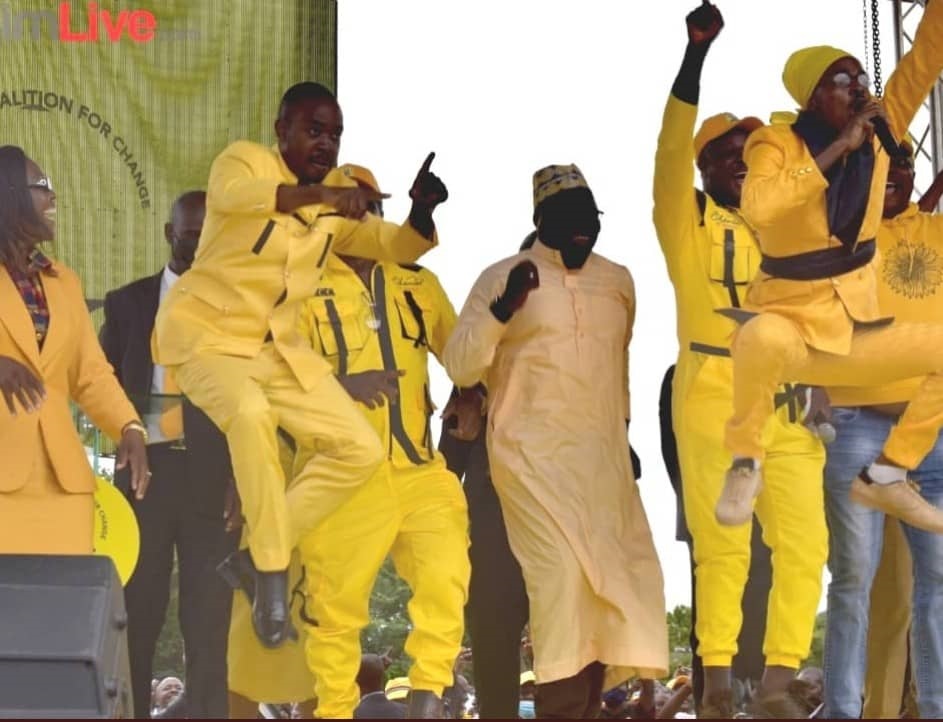 When the iconic Nobel Prize winner and theoretical physicist, Albert Einstein gave his definition of insanity, he probably had our own opposition outfit, the Citizens Coalition for (CCC) in mind.

Einstein stated that insanity is simply defined as doing something over and over again and expecting a different outcome.

This is exactly what Nelson Chamisa and his colleagues in CCC have been doing for the past two decades as opposition players. When they go for an election; they are unprepared, they lose, claim that they were cheated and do not produce any evidence of the supposed rigging. However, they refuse to accept election outcomes regardless of their lack of evidence.

To appease their egos and try to remain relevant, they then go on to organise futile and purposeless demos which neither change anything nor add any value to people’s lives, like the one they conducted on August 1 2018 in Harare.

This circle has been going on for more than two decades now and their new youthful and naïve leader, Nelson Chamisa, has refused to change this failed script as he seems to be on it again ahead of the 2023 elections.

Chamisa has unashamedly inaugurated himself as the sole party presidential candidate and will not entertain any talks of holding an elective congress or even primary elections in his party. This is partially due to the fact that the party is as broke as a church mouse but it also plays into Chamisa’s hunger to maintain a chokehold on power as he will not tolerate any challenge to his absolute hold on power.

Chamisa seems to have placed a spell on his followers and misleading them into believing in something that will never happen. Instead of them supporting Government’s developmental projects and moving forward as one nation, they are stuck in a fantasy world where Wamba Dia Wamba (Chamisa) will be president through some magic, even though he clearly is not ready or suited to govern and be responsible for the lives of all Zimbabweans.

The pitiful fact about all this is that while CCC supporters wait for Chamisa in some fantasy world and ignore Government initiatives, he is busy advancing his political career and his financial empire keeps on growing.

This is not the first time this has happened as the same occurred during the land reform program.

The then MDC bigwigs would urge followers not to take up land as they labelled it a ZANU PF program but under the cover of darkness and unknown to their gullible fans, they went on to acquire land which they are still benefitting from while the fans remain poor and landless.

CCC will never progress if they keep playing the same game as they did when they were still MDC. Disadvantaging their supporters can only work for so long because one way or the other, they will wake up from the evil spell and realise that they have been hoodwinked into poverty while their leaders continue to fraternise with Government and enriching themselves.

Right now CCC youths are shunning the Youth Empowerment Bank and depriving themselves of the much needed loans that may assist them to launch their own businesses and become employers as opposed to just wait for a job simply because they were told that ‘ngatizvidirei jecha (lets sabotage it).’ Sad how some leaders can be so cruel.

Chamisa is always promising that when and if he comes to power, all will be well and in his own word ‘homwe dzenyu dzichaita kuremerwa nemari (your pockets shall be filled with cash).’ Conveniently he neglects to explain how he will make this happen and to make matters worse, those who believe in him are too intoxicated with him that they cannot even question how he will fix the nation when he cannot even buy himself a car without Go-Fund-Me. The same Chamisa does not even have an operational headquarters since he lost out to Mwonzora in the fight for MRT House.

CCC supporters seem to be suffering from memory loss as they forget that the same Chamisa who is making grand promises is the same guy who failed to complete a local library in his constituency of Kuwadzana in the decade he was a Member of the House of Assembly representing that area.

Chamisa keeps on making promises and his ‘blind’ followers keep on falling for the same trick, disillusionment will surely destroy them because these empty promises will never come true. CCC and their supporters believe that they have more power, wealth and are smarter than is true, delusions of grandeur will surely be their undoing.